REVIEW:
Sharks in the Time of Saviors by Kawai Strong Washburn

REVIEW:
Sharks in the Time of Saviors
by Kawai Strong Washburn 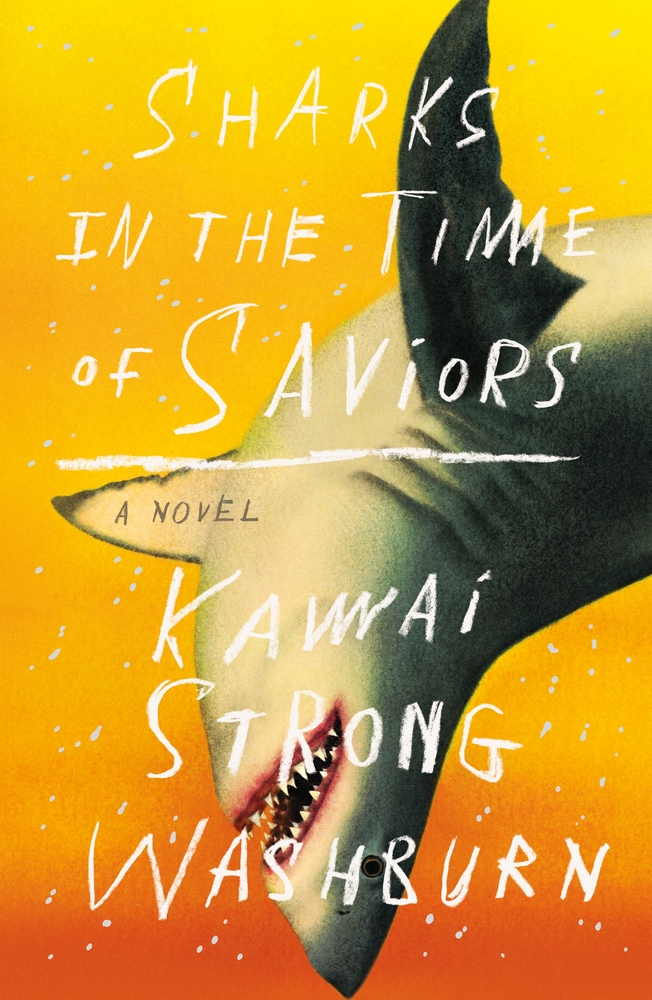 Sharks in the Time of Saviors

In his first debut novel, Sharks in the Time of Saviors, Kawai Strong Washburn delivers a fantastical tale of a family beset by the circumstances rising from an accident involving gifted middle-child Nainoa Flores being rescued miraculously by sharks when ending up overboard. The novel switches character perspectives between chapters, making the lives of each of its characters stand out, especially in relation to each other. Strong themes of family and heritage are explored in the work as each family member grapples with their own problems that resurface from the past, leading back to these supernatural instances.

Through flowing language and intricate detail, Washburn paints a picture of change and struggle alongside these wondrous events that follow Nainoa throughout the book. Through an understanding of Hawaiian mythology and culture, Washburn is able to transport us to these instances and places seamlessly, helping us see the world as the characters would. This makes the text not only extremely accessible, but also rich in flavor and diversity to any average reader. Colorful imagery dots the pages as we hear “the sparkling crash of beer bottles” in one scene and are brought to “the bland and heavy, pancake-smelling dining hall” a few chapters later; the consistent immersion making it easy to transition from one scene to the next.

Washburn will also likely draw in those who appreciate a straightforward opening to a novel, with no table of contents, heavy-handed forward, or prologue to read through. Split into sections that accrue a collection of chapters, he makes it easy to get right into the reading. The simplified neatness of the book is also reflected in the chapter titles as well, as each one very clearly includes the name of the character whose perspective we are privy to during that chapter as well as the year in which the chapter is taking place.

Washburn’s title for the novel is clearly felt thematically through the book early on, as it shows the relationship that the shark incident had on the family through a multitude of perspectives and over time as each character develops; when they wanted saviors, they got sharks. This consistent theming done through each of the characters is where Washburn really excels in making this story flow, even as there is growth and shifts between them.

Putting a mythical spin on a struggling family serves as a compelling gateway into the lives of a culture that might otherwise appear inaccessible to those living outside of Hawaii, making this novel appeal to a broader audience. Tackling pressing cultural issues, like the collapse of the sugarcane industry in the 1990s, and making them easy to understand through context clues really allows the piece to be grounded in reality, even with the fictitious elements in play.

Sharks in the Time of Saviors is not only a gripping read, but one that respects its roots and throttles a deep, supernatural mythos at the right times to make readers want to have just one more chapter, even though they are already on their 15th.

Evan Hulick can be found bingeing every Marvel movie or finally getting to read an actual book for a change, while wrapping up his degree in creative writing for visual adaptation and novelization. Bringing printed works like novels and comic books to the big screen or vice versa is his passion, followed closely by heavy bouts of PC gaming and playing DnD with his friends on the weekends. He also pronounces gif with a “j”, puts pineapple on his pizza, and still uses Facebook regularly despite being only 22.