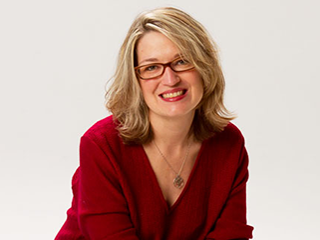 “With a tree, everything always leaves,” writes creative nonfiction contributor Sarah Scott in her evocative essay “Leaving the Trees” — from the blossoms that fade into fruit, to the wrens that nest in them. At the time the editorial boards read this essay, several editors noted that the title seemed an apt metaphor for undergraduate writers who are about to graduate and enter unfamiliar terrain. But really, all writers leave the trees each time they make themselves vulnerable through the act of making art.

Scientists have studied the fossilized wrist bones of land-dwelling and tree-dwelling humans and figured out that people left the trees between 4.2 and 3.5 million years ago. No one really fully understands why people voluntarily left a place of shelter for the open savannah, where they would be far more vulnerable. Yet that scary move out of the trees — for whatever reason — also helped humans further evolve. It may even be the reason we survived.

I am not going to lie to you. It’s been a rough summer here in Saint Paul, Minnesota. From the room where the Runestone editors discuss manuscripts, we are less than two miles from the spot where Philando Castile was shot by a police officer on July 6. Many of us have children, or know children, who attend the school where “Mr. Phil” worked in the cafeteria, and knew every student by name. All summer, our city has wrestled with confusion, rage, and grief, and all summer, I have been thinking about what writing is for. Our culture has listened to certain voices for a very long time, often at the expense of hearing others. Now is prime time for many of us who have already been heard to be quiet and listen to others’ experiences with inequality and the daily business of being human.

One such set of unheard voices are those of the young, including those who write — often fantastically — but do not have the means to go to college. From the next issue on, Runestone will be accepting the submissions of 18 to 22 year olds who are not attending college, in addition to those of any age who are currently enrolled in a two- or four-year institution.

The writers in this issue revel in language. They struggle with relationships and family, addiction and abuse, and what repair of the soul might look like. They remind us of the rewards that may await when we leave our places of safety and shelter, whatever those may be, in order to change, risk, and create.