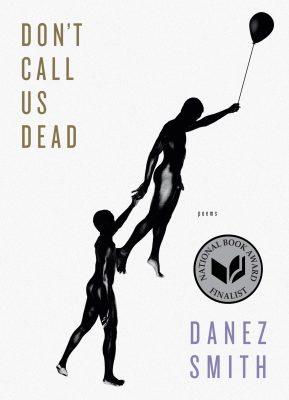 Danez Smith’s second collection of poems, a 2017 finalist for the National Book Award, is stunning in its voice and forthright delivery of lives in constant exposure: be it the color of skin or the orientation of sexual desire. Smith opens with the powerful poem, “Summer, Somewhere”, in which the speaker imagines the rebirth of black boys slain, a rebirth “someplace better” where they can live without fear of death. The poem spans the first of four sections of their book—twenty pages—which can be either taken as a whole or ingested as many separate poems threaded together by theme. The pages of this poem literally communicate with each other—the living and the “gone”; officer and victim—and it is here that we are introduced to the major themes of the book: the embodiment of racism on the levels of the individual and community, the complications of (self) love and loneliness, and also, quite bluntly, survival. Namely, survival as an African American and survival as an HIV-positive queer person, and the inevitable intersection of both, as seen in the poem “every day is a funeral & a miracle” which includes allusions to high-profile deaths of black men, women and children by law enforcement:

Don’t Call Us Dead is provocative, as it should be. It speaks volumes to the disparities facing black Americans—but it’s also much more than this. It’s about the pursuit of love: seeking love from another and finding love for yourself, and sometimes settling for physical closeness as a subsidy for a shade of emotional closeness, like here revealed in the juxtaposition Smith uses in their poem, “a note on the phone app that tells me how far i am from other men’s mouths”:

i sit on the train, eyeing men, begging myself
to talk to them

i sit on the face of a man i just met

he whispers his name into my lower mouth

i sing a song about being alone

Smith breaks it down with honesty. Through their lines, we understand the ambition to give and receive love is so great that we are willing to risk ourselves for that feeling, even if it’s imitation or imagination. They have a way of mixing painful truths with moments of passing irony and subtle humor, keeping the emotions of the reader wide-eyed, while also merging topics of blood, family, and history to make their poetry completely human. This is a collection of poems for anyone who has felt as if they were on the other-side looking in, up, back, or at themselves.

J.R. Selmi is a poet in her final year at Hamline University. She was raised in an all-women, tri-generational household and added a fourth with her daughter, which, to say the least, gives her a unique perspective.