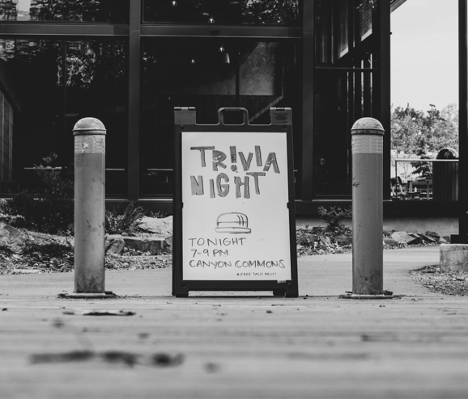 Most of us have been reading and writing from an early age, but there’s quite a bit of information out there that may stop you in your tracks regarding the origins and stories behind your favorite words, authors, and novels. Let’s take a look at some of the weird, quirky, and wonderful parts about writing and the people behind the craft.

The famous British crime writer had dysgraphia, a neurological condition that causes people to have difficulties putting thoughts onto paper. So, Christie dictated while someone else transcribed her work.

Try saying that one ten times fast. Or even once at all. Pneumonoultramicroscopicsilicovolcanoconiosis (pronounced [noo-muh-noh-uhl-truh–

mahy-kruh-skop-ik-sil-i-koh-vol-key-noh-koh-nee-oh-sis] in case anyone wants to drop this word at a dinner party) is the longest word in the English language and refers to a type of lung disease caused by silica dust. I don’t know who came up with this word, but I would just like to ask them, from the bottom of my heart, why?

Hans Christan Andersen, the Danish writer most known for tales such as The Ugly Duckling and The Little Mermaid, was also known for experiencing multiple phobias. He was afraid of dogs, didn’t eat pork for fear of contracting trichinae, and  carried a rope around just in case he needed to escape a fire. Andersen was also fearful of being buried alive, so before he went to bed, he’d write a note saying “I only appear to be dead.”

4) The quick brown fox jumps over the lazy dog.

Some of you may have already heard the sentence above and know that it’s more than a sentence describing an odd scenario. It is actually a “pangram”, which is a sentence that contains all the letters of the alphabet. Go ahead, check if you don’t believe me.

Haruki Murakami wrote his first novel, Hear the Wind Sing, after watching a baseball game at the Meiji Jingu Stadium in Tokyo, Japan. It’s said that after he watched David Hilton hit a double, Murakami knew he could write fiction. And that he has most certainly done.

Dord. No, that’s not a typo. Ever heard of this word? If not, it may because it’s not actually a word. It appeared in Webster’s Second New International Dictionary of 1934 and only showed up in that one edition. So why was it included in a dictionary? Well, it was due to the misreading of a note from Webster’s chemistry editor, Austin P. Patterson. It was written as “d or D, cont./density” and the d or D became “dord”. This results in a phenomenon known as a ghost word. A ghost word is defined as a word that’s never in established usage and results from errors and misconceptions. Abacot (from a misspelling of “a bycoket”), kimes (“knives”), and morse (“nurse”) are all examples of this.

7) Pieces of the Past

One of the most well-known poets, Sappho, is considered to be in the same arena as fellow Ancient Greek poet, Homer. But did you know that only one of her poems is fully intact? She was prolific and wrote at least nine volumes of poetry, but what remains of her work today are fragments on papyrus scrolls. Nonetheless, generations and even more generations to come will be able to immerse themselves in her work.

The act of writing has similar effects on our nervous systems as meditation. So, if you have trouble sitting still for very long but want the benefits of meditation, try mindful journaling! Not everything you write has to be at the polished level of the writers I’ve talked about above. Make a list, write a haiku, invent your own words, do whatever makes you feel more okay than you felt the moment before. Writing is one of the most powerful tools we have, so use it!

Got any other fun facts and interesting tidbits? Let us know! 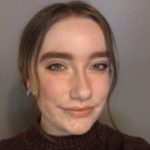 DANIELLE FRANKE is a Senior at Hamline University studying English with a concentration in Creative Writing. When she’s not studying, reading, or writing, you can find her ogling every single dog she sees while out on walks around Como Lake.