Into the Sun, By Deni Ellis Béchard, Reviewed By Connor Rystedt 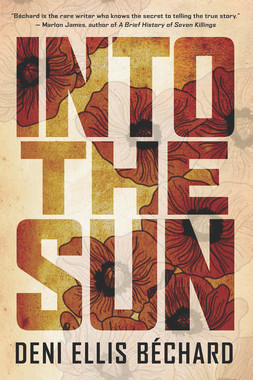 Deni Ellis Béchard’s newest novel with Milkweed Editions, Into the Sun, sees the majority of its action take place in Kabul—the capital of Afghanistan—little more than a decade after the terrorist attacks on the World Trade Center. The closest thing to a thriller that Milkweed will publish, the plot of the novel follows Michiko, a Japanese-American journalist who has expatriated to this warzone in an attempt to conquer some fear within himself. Though when three of Michiko’s expatriate contemporaries (all of whom having formed an unlikely love-triangle) are involved in a fatal car bomb, Michiko is thrust into the role of investigator.

If there’s anyone who’s certified to write about the expatriate experience, the man is Deni Béchard. This novel marks Béchard’s fourth collaboration with Milkweed Editions, and is as diverse as each work that precedes it. Indeed, his most recent work beyond this novel was Empty Hands, Open Arms (recently reprinted in paperback as Of Bonobos and Men), a nonfiction account of postcolonial redemption and the fight for environmental justice during Béchard’s travels through Africa. Having travelled to and reported from such exotic locations as the Congo and Iraq (as well as Afghanistan itself), the author’s worldly experience shines through with every cultural tension presented in the narrative, with each character’s distinct reflection on what their nationality of origin means for their identity. And while this book quickens the blood on each page with its suspense and unfolding secrets, it’s also socially conscious—geared toward readers who are prepared to think critically about global conflicts of the 21st-century.

Béchard’s fictive craft is superb for a writer who tells stories in various forms. Reader’s follow the protagonist Michiko through a first-person perspective. Though as his investigation goes into the personal lives of those involved in the tragedy of the expatriate love-triangle, the narrative distances itself to a limited, third-person perspective. In this way, the reader is experiencing the details of the investigation along with Michiko. We see the diverse sentiments of Michiko’s subjects through his own critical lens: the self-righteous ambitions of Justin, a religious zealot from the American South; the tactical prowess and emotional indifference of Clay, a former soldier turned mercenary; the emotional intricacies of Alexandra, a beautiful lawyer given herself away to the cause of Islamic women’s rights. All three were in Kabul so as to provide relief to someone other than themselves, but an investigative look into their histories reveals each of their motives to be more complex than initially stated. Though eventually, as Michiko becomes more obsessed with the details of his investigation, readers may wonder how much his creative influence has affected the story in their hands.

One theme most evident in the novel is a search for what it means exactly to be American, and how the nation is perceived differently at home and abroad. Justin’s father, a veteran of the Vietnam war, posits that “the army had made a coherent nation, joining men from different classes and cultures to forge an American identity” (104). A significantly different tone is taken by another expatriate, a Belgian novelist, with regards to the nation’s armed forces. The man posts on Facebook while writing fiction about the U.S. occupation in Afghanistan: “Another day composing my great American novel” (133). Moreover, the national perspective is much more forgiving than that of the international.

Into the Sun has been compared to the fiction of Graham Greene, already placing the newborn work onto the level of literary classic. Indeed, this book is reminiscent of Greene’s The Quiet American, though with more depth and complexity to reflect the technological innovations that have created a more global society, as well as the long-term effects of 20th-century politics. With this tale of American dreams and interventions, Deni Béchard continues to contribute important literature to a society that increasingly needs it. 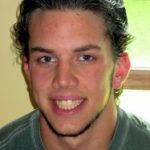 CONNOR RYSTEDT is a recent Hamline graduate who majored in English and creative writing. He also received his AFA in creative writing from Anoka-Ramsey Community College, where he had several publications in The Rapids Review and The Campus Eye. In October of 2014, he received the Norman Mailer Nonfiction Writing Award for two-year college students. When he’s not worrying about what to write, he likes to watch football and fight with his parents’ mini-labradoodle.