Is Sexualizing A Character So Bad? By Maya Wesman 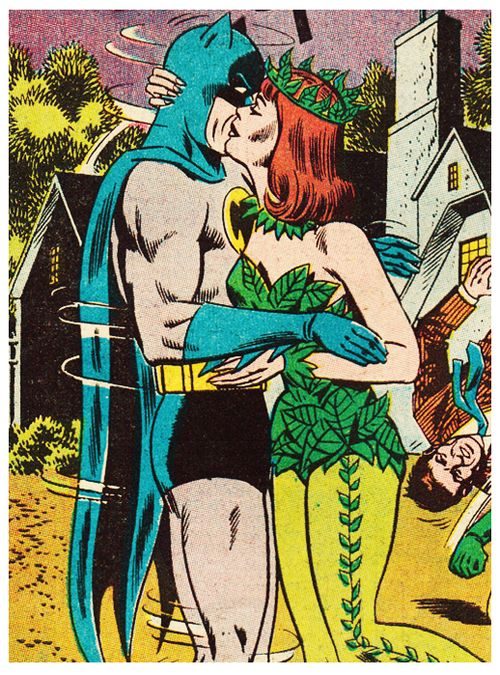 Writers often hear about how sexualizing a character reduces them to nothing, and that no one will take them seriously. Many argue that a character can’t be both empowering for the reader, and sexual. I reject that notion. I challenge that idea. Let’s take a character from a well known story:  Poison Ivy from Batman.

Poison Ivy is a character whose power is not only unique to her in the DC Comic Universe, but at the same time is known for being a character that isn’t just sexualized, but is very sexual herself. Don’t discount this as a weakness of her character though. The allure of her character allows her to lure her targets into a false sense of complacency, only to find themselves the punchline of a cruel, sadistic joke that usually ends in their gruesome death.

The idea of a sexualized villain who isn’t a new concept though, and in classic fantasy and sci fi they were a sort of archetype. Take, for example, succubi and incubi. These are very old, classic fantasy creatures that are not only very sexualized, but also very powerful. They can be men (incubi) or women (succubi), although there tend to be more female characters written this way than male ones.

Where the succubus falls flat, Poison Ivy excels. The succubus is sexual in order to seduce her victims and feed on them to sustain herself. Poison Ivy uses her sexuality as leverage to exploit those who oppose her, and has a larger goal than simple self preservation. She is an eco-terrorist who believes that plants should be the dominant life on Earth, and that humans and animals are subordinate, and inherently corrupt. She has a defined goal that she directly pursues, using her sexuality as a tool, instead of simply being sexual to get media attention and more readers. She views her sexuality as something to hold over the heads of others, and instead of being the victim, is instead the villain.

We can see that the idea of a sexualized character is not a new concept, nor is it necessarily one that was considered inherently degrading or diminishing for the character. Instead, we see the idea of sexual attraction used as a strength of the character, and despite in many stories it is used by characters considered evil, it is no less effective when it comes to achieving their goals.

Lets also take into account what role sexuality plays in being human. For most people, sexuality plays a large role in their lives, as they find certain people attractive, and in some cases, almost irresistibly so. If we were to ignore that aspect of being human, we’d not only be writing a character that isn’t fully relatable, but also denying the character believability. Coming back to Poison Ivy, we can see that not only is she a three-dimensional character that readers and viewers can relate to, but is also a well written character who is easily one of the more believably sinister characters in pop culture today.

I’m not sure what most people seem to have against humanity in a character, but it seems to me that by completely omitting sexuality as a dimension of our humanity we are actively making a character less relatable. As far as Ivy goes, without the lack of value for human life, a healthy dose of borderline nymphomania, and an amazing origin/backstory, Poison Ivy would be reduced to nothing but a stock character. More than that, she would be giving off the impression that a female character is completely flat, and unengaging, leaving male characters to dominate the scene.

Now I’m not saying that sexualizing a character is the only way to make a believable and inspiring female character. Far from it! I just hate to see something so common to the human condition thrown away like we’re all still puritans living in the countryside, afraid of anything that exposes the imperfect, and terrifying nature of humans. There are of course still plenty of ways to make a believable, lovable, and engaging characters without blatant sexuality being woven into the fabric of their personality. Lets just make sure that we aren’t pretending that a natural part of humanity doesn’t exist. 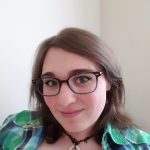 MAYA WESMAN is a senior at Hamline University majoring in Creative Writing with a focus in fiction. She loves writing fantasy and science fiction, and one day hopes to author children’s books. She believes that through stories we can explore what it really means to be humans in a complex world.