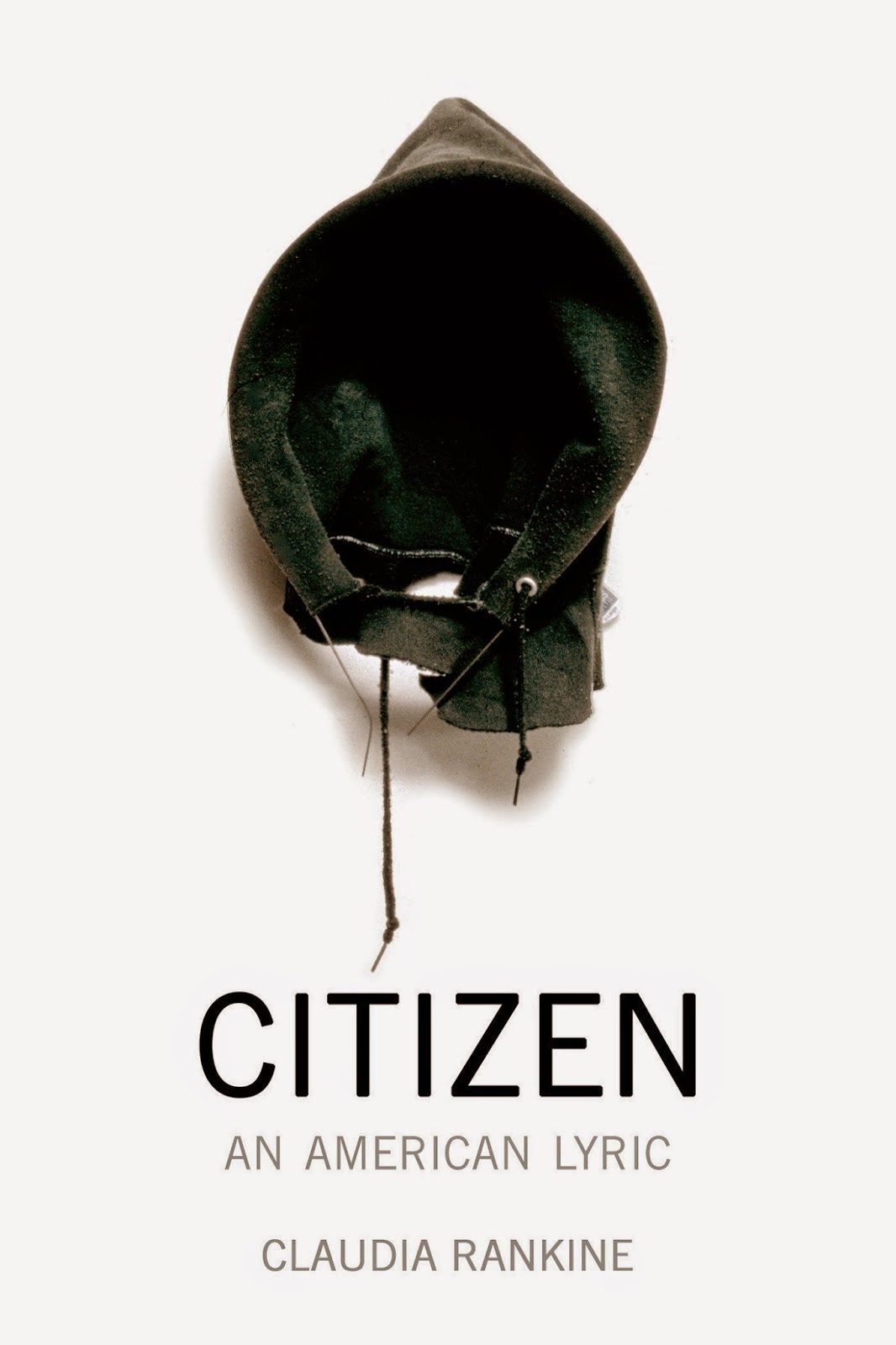 “I feel most colored when I am thrown against / a sharp white background” writes Claudia Rankine, quoting Zora Neale Hurston, in Rankine’s fifth collection of poetry, Citizen: An American Lyric. She links Hurston’s experience to the recent experiences of Venus and Serena Williams, reminding us how far we have not come in the fight for equality.

Rankine’s book of prose poetry is broken into seven sections that paint a bird’s eye view of the black body’s trials, gaining momentum as the lyric continues. She covers all the bases, commanding you to become her and to be her through the use of 2nd person:

The real estate woman, who didn’t fathom she could
have made an appointment to show her house to you,
spends much of the walk-through telling your friend, re-
peatedly, how comfortable she feels around her.
Neither you nor your friend bothers to ask who is making her feel
uncomfortable.

Her relentless authenticity makes readers’ skin crawl. No matter how the reader identifies, Rankine forces the reader to encounter the shame and profiling black bodies endure through her use of simple language. The heavy-handed bluntness she incorporates into her prose leaves no room for excuses or comfort; she is determined to portray the experience as plainly as she can.

She writes: “The world is wrong. You can’t put the past behind you. It’s / buried in you; it’s turned your flesh into its own cupboard,” creating a social justice text and putting words to the repeated experiences of black people being told to ‘move on’ from the past.

Rankine inserts artwork and photography into her poetry, displaying a mastery of imagery that is evident in her previous collection, Don’t Let Me Be Lonely: An American Lyric (Graywolf Press, 2004). The image placement is intentional, giving us a needed break from sections of intense prose. This brilliant insertion of imagery is so different from the rest of the book, inviting the reader to drink it in.

Carrie Mae Weems‘ photo, Blue Black Boy, comes before Stop-and-Frisk, an account of racial profiling; it resonates with the tone and adds another layer of depth to the reader’s experience throughout this text. The boy’s somber face echoes throughout the piece until the end:

The charge the officer decided on was exhibition of speed.
I was told, after the fingerprinting, to stand naked. I stood
naked. It was only then I was instructed to dress, to leave,
to walk all those miles back home.

And still you are not the guy and still fit the descrip-
tion because there is only one guy who is always the guy
fitting the description.

Citizen is a call for the removal of racial blinders that many Americans wear comfortably over their eyes. The unapologetic prose lays bare the racial conditions of present-day America, and demands an end to the micro-aggressions and stereotypes that plague America’s society.

Toward the end of the book, Rankine lists the names of four black men that have died at the hands of police brutality: Jordan Russell Davis, Eric Gardner, John Crawford, and Michael Brown. After their names, she lists “in memory” until it fades into the bottom of the page, a powerful indication of the future casualties she predicts:

“I feel most colored when I am thrown against / a sharp white background,” Rankine writes, and by the end of this book my body said it with her.

Citizen gives a voice to the many brown bodies that navigate 21st century America. Her words paint a plague that haunts each black’s psyche; a monstrous pain that stems from racialized injustice and the world’s unwillingness to accept of the color of their skin. 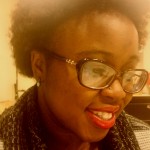 Deziree Brown is a 2015 BFA graduate of Hamline University. She often claims to have been born with a poem written across her chest. She has been published twice in The Fulcrum, and is quickly making herself known in the literary world and planning to stay a while.