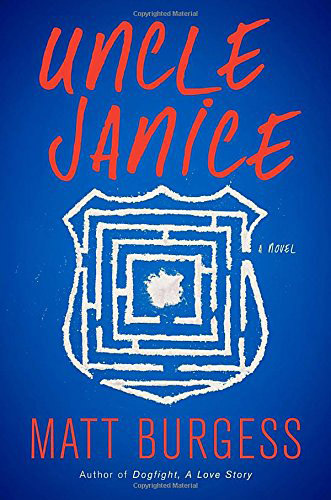 In his new novel, Uncle Janice, Matt Burgess depicts the life of an undercover cop in New York. Burgess creates a complex character in 24-year-old Janice Itwaru, as well as the entire force of NYPD “Uncles” (undercover narcotics officers) out making buys (drug busts) on a daily basis—shown through Janice’s partner, Chester Tevis, “ghosting” her to make busts; “Eddie Murphy” being the comic relief at the station; and the myth of the greatest uncle in the field, “Charlie”.

This novel is a down-to-earth analysis of the life of an undercover cop, not an average CSI embellishment where the DNA lab comes through just before the credits roll. The characters and the situations they confront aren’t morally black and white. Burgess even goes as far as to use modern references, poking fun at things like Goodfellas, The Godfather, and EDM (electric dance music) club kids and the stereotypes they embody—which are sometimes painfully accurate, as in the story of Henry Vega killing a cop and chomping down spaghetti dinners to try to get his foot in the door of a bigger operation.

Burgess creates an enthralling story of undercover cops because the protagonist, Janice, is so flawed. The reader learns through flashbacks that she has cut her teeth in the narcotics division and has by no means had an easy road on her way to becoming an uncle.

Young, brown, from the city, no college, desperate to move up, single and childless, without anyone to collect her pension if she got killed in the line of duty, she looked on paper like the perfect uncle, a narco lieutenant’s dream.

The more the reader learns about Janice, the more he/she roots for her and wants her to break through the glass ceiling—to make a huge bust. Janice is revealed as a character little by little and becomes more endeared to the reader with her anecdotes of struggle, sibling rivalry, and obligation to take care of her mother, Vita, who suffers from a degenerative mental disorder.

Janice worried that her mother—who started everything early: marriage, pregnancy, dementia, dinner prep—had deteriorated to the point where she had mistaken her for an intruder.

Janice also has to deal with the increasing pressure from her boss to make arrest quotas and the suspicion that somebody from internal affairs is snooping around her unit. As the pressure mounts, Janice has to consider poaching buys from fellow uncles, or even persuading young men into breaking the law so she can hit her quota and get the promotion she so desperately needs.

Burgess has succeeded in creating all the tension and entertainment of undercover cops wearing wires and trying to get confessions from lowlifes without all the glitz and glamour of melodrama.

Uncle Janice is a fantastic, gritty novel about the real hardship that every beat cop has to go through, not only to make it onto the team (in this case, the Uncles), but the struggle they live with at work, home, and every hour of every day. 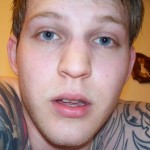 My name is Cole Pentico and I am a senior in the BFA program at Hamline University. I primarily write genre fiction and my favorite technique is to take a plot or theme that seems familiar to a reader and augment the story into something all my own.