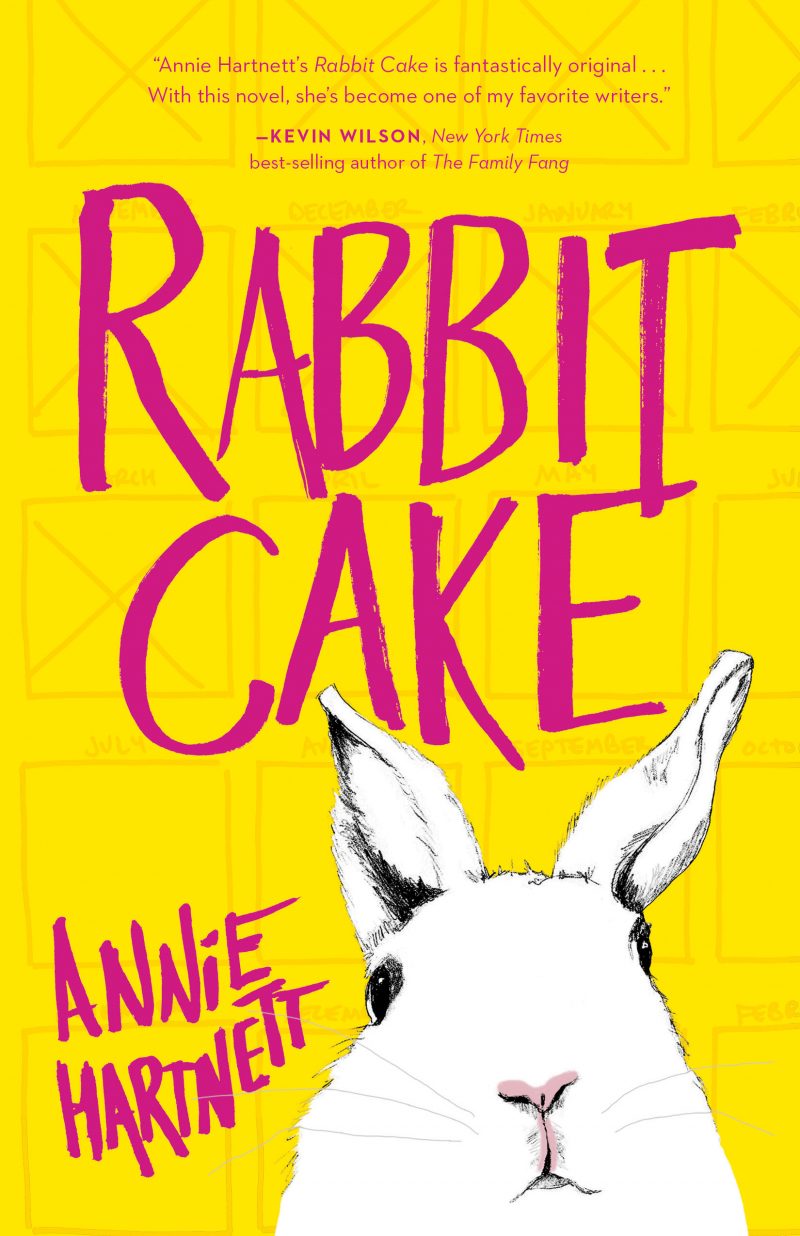 Rabbit Cake is Annie Hartnett’s debut novel about a young girl named Elvis and the details of her life following her mother’s death. The novel has received praise from Publisher’s Weekly and Kirkus, and has even been People magazine’s Book of the Week. No doubt Rabbit Cake is a captivating read that focuses on themes of youth, grief, and family that deserves the attention it is receiving.

Rabbit Cake is narrated by a young girl named Elvis Babbitt, who is ten at the story’s beginning but is twelve as she narrates. Right away she tells us that her mother drowned while sleepwalking and that she liked to bake rabbit-shaped cakes for many occasions. Elvis has a sister, Lizzie, who is also a sleep-walker and whose episodes can become almost violent in nature. Elvis fears that her sister may be sent away to St. Cloud’s mental institution and takes it upon herself to ensure that her sister remains safe. However, things look grim for Lizzie after she breaks into a chicken coop one night and almost crawls into an oven on another. As for their father Frank, he has his own ways of displaying his grief, including wearing his wife’s bathrobe around the house and adopting a parrot who can impersonate his dead spouse perfectly. With this somewhat strange cast of characters, the plot is easily able to incorporate many twists and turns as the Babbitt family navigates life with one less member.

Undoubtedly, the strongest theme at the center of Rabbit Cake is the concept of family. The Babbitts have moments where they can be empathetic or bizarre, and either way their story remains captivating. There is often tension between the three Babbitts, with Lizzie’s aggression, Elvis’ loyalty to her, and Frank’s unsuccessful attempts to keep everything under control. Other characters complicate the relationships between the three, including a prospective sister figure, a fleeting crush, and a new girlfriend; yet there is always hope that the Babbitts will come together in the end. Even if each of them may sometimes look outside of their home for comfort, they maintain a special connection with each other inside of it too.

One of the novel’s strongest assets is its narrator. Choosing to write a story from the perspective of someone so young in order to tackle such a complicated topic definitely lends itself to making the novel seem fresh and innovative. From the very first sentence on the very first page, we can start to get a sense of the type of story we are about to read: “On my tenth birthday, six months before she sleepwalked into the river, Mom burned the rabbit cake. ‘Ten might not be a great year for you,’ she said, squeezing my shoulder. I couldn’t tell if she was kidding.” We are tuned in to the event that sets everything in motion, the mother’s death, as well as a mention of the novel’s title and an example of how Elvis chooses to narrate. She remembers events in short episodes, and will weave memories of her mother into just about any scenario. It takes a considerable amount of time for Elvis’ grief to become tangible, that is, shedding tears and displaying frustration, but the novel does an excellent job with subtlety to prove that she has been processing her feelings since the start. Even if she chooses to sound factual, she is not without sentiment: from how often she recalls memories of her mother, to how devoted she is to finishing her mother’s book, to how much time she spends piecing together the circumstances surrounding her mother’s death, Elvis has been coping without realizing it.

It is also noteworthy how the novel is divided: each chapter is numbered, with every few marked by a crossed off month and the following month written out next to it. The sense of time progressing is never lost thanks to this device, and it perfectly parallels Elvis’ “grieving chart” prescribed by her guidance counselor. Elvis’ chart had 20 months on it and she chooses to tell her story across them all. This style of organization lends itself well to further developing Elvis’ factual and grounded character. In addition, every few months/every handful of chapters will be grouped into parts, four in total, and each part seems to come along once Elvis’ sister has made a significant change to the plot. While it remains evident throughout the novel that Lizzie has a very influential role in Elvis’ life, noting this way that time is divided adds even more significance to the story’s climax and reminds readers that this story does not only belong to Elvis. It is the story of all of the Babbitts, while just being told through one of them.

Annie Hartnett has written a novel that is clever and memorable. Rabbit Cake carries the voice of an experienced writer, despite only being Hartnett’s debut. She plays around with subtlety that will keep readers looking between the lines for deeper meaning, yet on the surface she invites empathy through every endeavor the Babbitts face. Elvis remains an interesting choice for a narrator, given her youth, tone, and the way that she is able to connect everything in her life together. Although the novel focuses heavily on grief, the importance of family shines through, and as we leave the Babbitts behind we gain a sense of hope that even the toughest of times can pass. 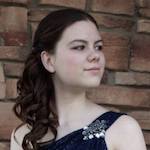 ALEX WERNER just completed her junior studying Creative Writing at Hamline University. Her focus is fiction and she enjoys the fantasy sub-genre the best. She likes to draw in what free time she has and hopes to be able to provide illustrations for her writing in the future. Her dream is to eventually publish her own novel.