The Power of Narrative in Video Games, by Allie Pikala 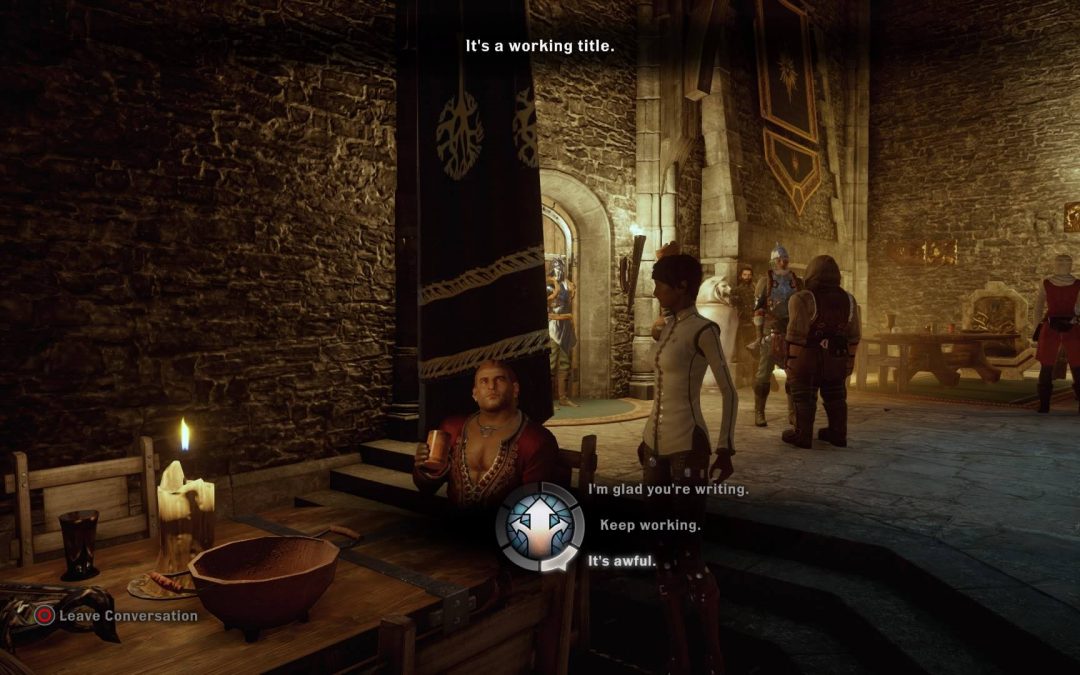 As writers, we can learn from any medium that uses solid storytelling.

Hopefully by now it’s been well established that video games attract folks from all walks of life. You don’t need to be male. You don’t need to be a “nerd.” You don’t even need to have good hand-eye coordination. In my experience, even my understanding of humanity has been enriched by gaming. Here are just a few examples of high quality narratives in gaming.

In this role-playing game, you start off as a prisoner with amnesia. You are the only survivor of a massive explosion and you have a glowing green mark on your hand. The lack of memory is brilliant because you as the player get to unravel these and other questions with your character. Through the events of the game you become the Inquisitor, and it’s up to you to stop an evil dude from destroying the world.

You can recruit up to nine companions for your team, and you can build relationships with all of them. Romance is also a possibility. Depending on your gender and race, you can choose between eight potential partners. That means that YES, the Inquisition includes canonical gay, lesbian, and bisexual members of your inner circle. This game has a transgender character too.

It’s a bummer that Inquisition sticks out in this way, because you’d think in an industry where you can digitally design characters and worlds however you want, white male protagonists wouldn’t remain the norm. Diversity is important in any creative medium – representing a variety of people affirms that the stories of marginalized voices deserve to be heard.

Inquisition is most successful in its world and character building, so fiction writers especially can learn from it. You can also check out an article about the game’s writing here.

If you’ve never been into video games, I highly recommend giving this one a shot. It’s so narrative based that it feels like an interactive movie. This unique game deals with the Origami Killer, a serial killer who abducts young boys before drowning them in rainwater several days later. Shaun Mars has been kidnapped, and you play as four different characters racing to rescue Shaun and catch the Origami Killer.

The game has more than a dozen possible endings, and every choice you make will have consequences. Switching between Shaun’s father, an FBI agent, a private detective, and a journalist, the stakes become incredibly high as you learn each character’s motivation. As you play, the clock is ticking down to Shaun’s murder. Heavy Rain shows how strong emotion can be evoked when the player is implicated in the events of the story – that applies to any audience, including readers.

If the supernatural sounds better than crime/mystery/thriller, the same company also made a game called Beyond Two Souls. 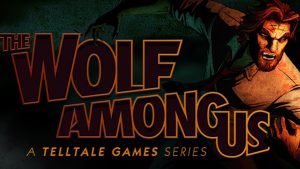 Based on Bill Willingham’s comic book series, Fables, and set as a prequel, this series is an adult reimagining of a plethora of fairy tales. You play as Bigby Wolf (the reformed Big Bad Wolf), the unpopular sheriff of Fabletown. Together with other “fables” including Snow White, Ichabod Crane, Beauty and the Beast, and a flying monkey from Oz, it’s your job to investigate one of the only murders in Fabletown history.

This game illustrates the possibilities in playing with tropes. Every fairy tale reference is somehow flipped or revealed to be more complicated, whether it’s Bigby’s strained relationship with one of the three little pigs, or his Hulk-like transformations from human to wolf (that he tries to avoid).

I used this opportunity as a writing exercise.
Take a well-known myth or story and begin with the idea, “that’s not the way it happened.”
This could easily spark an essay or poem.
It’s also fun to research the origins of these tales and incorporate your findings into your piece.

Telltale Games has also released episodic games based on the worlds of Game of Thrones and The Walking Dead. Each episode functions like a chapter or an issue, so these games show the advantages and disadvantages of releasing work in a serial format.

What are some games you love that have powerful narratives? Let us know in the Facebook comments! 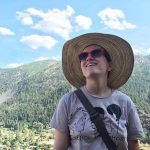 ALLIE PIKALA recently graduated from Hamline University, where she studied Creative Writing. She primarily writes essays. Her work has appeared in Fulcrum. Allie can also be found playing bass around the Twin Cities in her bands Cadence & the Wolf and With Iowa In Between.