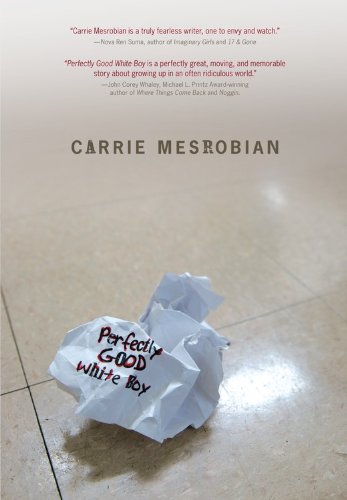 Sean Norwhalt knows the ins and outs of high school parties. When to run when the cops show up, and where to hide if you do need to run. At one such party, he happens to be running with a girl named Hallie. Naturally, things spark immediately. Until they don’t. They spend plenty of time together over the summer, until Hallie has to go to college and Sean still has his senior year left. Hallie breaks it off, all the while taunting Sean with talk of “future possibilities”. In Hallie’s absence, Sean has to figure out what he wants to do after graduating, and at the same time figure out how to talk to Neecie, the girl at his thrift store job.

The exploration of what’s traditionally known as a “friends with benefits” relationship acts as the romantic half of the conflict, and Mesrobian does an excellent job of depicting a teenage boy’s frustration with his feelings in regards to it. Sean’s relationship with this girl hardly even allows for the “friends” part of friends with benefits. When Sean meets Neecie, they begin building a relationship with much less sex involved. While initially this sounds like your typical teen love triangle, it’s really anything but. The differences between these two dynamics actually makes a strong thematic contrast.

The second half of the conflict shows Sean struggling to figure out where to go after high school. College isn’t exactly on his radar, but the prospect of the Marines catches his eye. Many teenagers would have to sympathize with his contradictory desire to both tell people he’s signing up for the Marines and to hide that fact. There’s both a sense of pride and some sort of shame in “just joining the Marines”.

Ultimately, joining the Marines, the relationship complications, the parties, the drinking, the weed, and so on and so forth serves largely as a distraction from Sean’s home life. Again, Mesrobian creates an incredibly relatable situation in Sean’s desire to stay away from home as much as he can find the excuses to. The novel shines a revealing light on many of the struggles today’s teenagers go through, and it’s impressive just how many little details Mesrobian is able to capture so accurately. 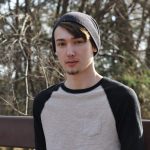 GRANT BRENGMAN is a fiction writer, geek, gamer, and Sagittarius. He is a senior in the creative writing BFA program at Hamline University, and is spearheading the creative direction in an indie game development company established with his friends. His dream is to one day sit behind a desk proofreading for forty hours a week.