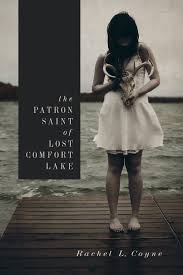 Rachel L. Coyne’s second novel, The Patron Saint of Lost Comfort Lake, centers around a woman learning to accept the things that cannot be changed. Filled with haunting images and poignant prose, this novel forces Jane Darcy to confront her abusive past head on. Once a lawyer in St. Paul, she returns home after a brutal divorce. Here, she takes care of her mother and young child; her father is dying from cancer in the Rush City Prison. After a young girl’s dead body washes up from the lake on her family’s property, Jane struggles to accept her own abusive childhood. Failing to come to terms with the atrocities she had endured, she quickly turns to alcohol for comfort—just as her father did.

Jane spirals into fits of self-destruction, completely overcome by the nightmares that she suffered through at the hands of her father. As a child, she would frequently find herself waiting for her father outside the town bar “with all the newly-killed deer suspended in the trees around the parking lot.” Young Jane was “left alone among the butchered and the dead in the dark.” Not only is this graphic image chilling to the core, but clearly shows how easily she was forgotten, as if she were one of the carcasses swaying from the branches.

Jane doesn’t understand how to handle her past, and instead she flounders in it, drowning. Just as the young girl drowned in the lake on her property, Jane, too, metaphorically drowns inside her memories. Coyne’s choice of employing images of water and drowning throughout the novel are what make Jane’s emotional unraveling so vivid and concrete. When, in a dream, her basement flooded with lake water, she noticed that the water rushed across the room, into her father’s old drinking room. “It was almost as if there was a storm drain beyond that door, just beyond my vision, pulling everything in.” No matter how she hard tries to separate herself from her memories, she always finds herself just underneath the surface of them, never able to fully catch a breath.

There is so much darkness that Jane Darcy must wade through to learn to accept the things that cannot be changed. But even through all of the darkness, Jane must remember that there is always a glimmer of hope; she just has to find the strength within herself to grasp onto it. Her past will always be a part of her, connected to her, just like the three lakes around her home “were all really connected—all one pool of black, subterranean cool.” 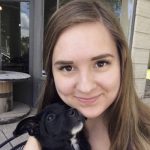 CAITLIN O’BRIEN is a senior at Hamline University majoring in Creative Writing. Dabbling in all genres of writing, fiction will always remain her favorite. She is passionate about literature, writing, and drinking too many vanilla lattes.