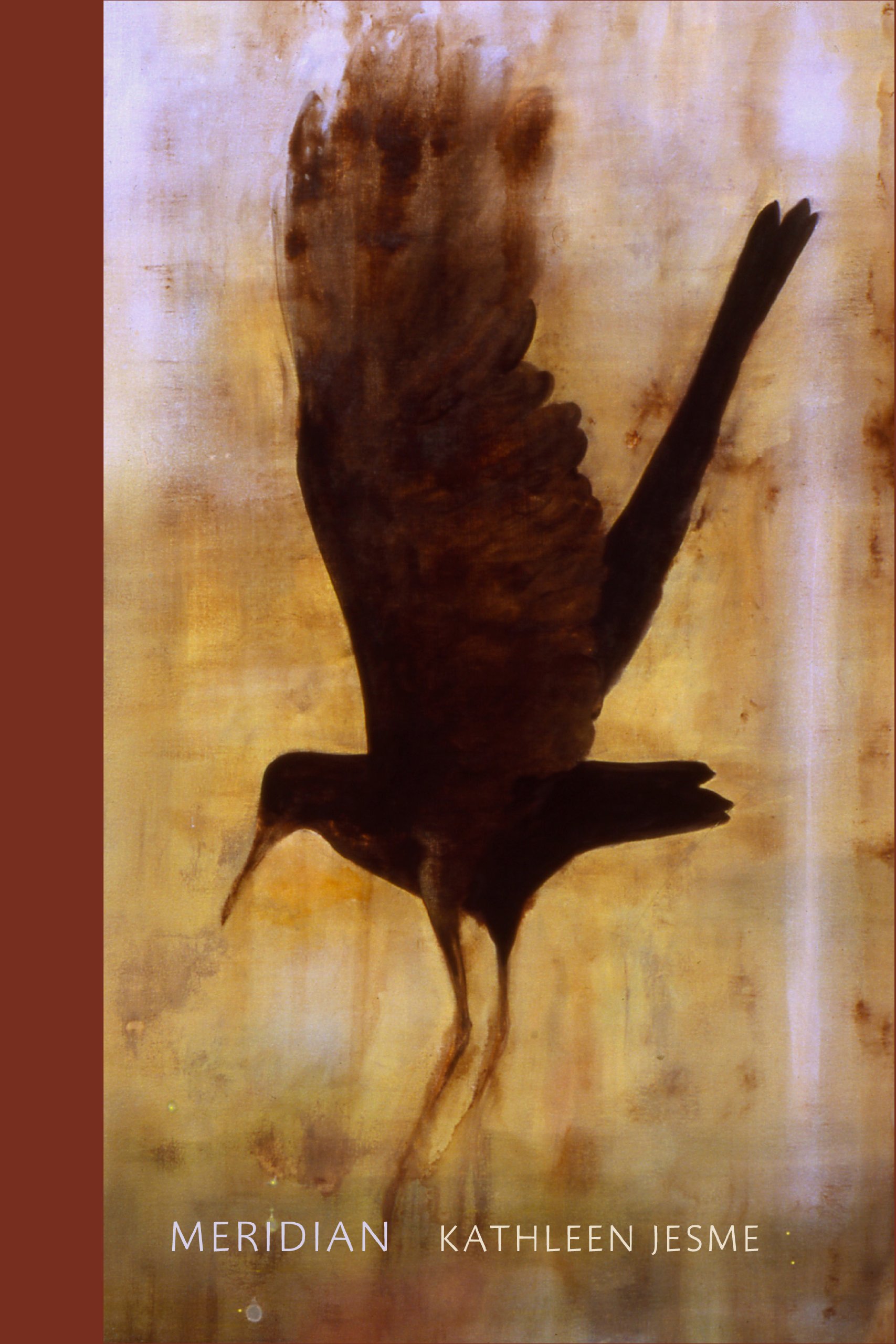 I left the cemetery
knee-deep
the snow laying a wreath
and then blotting it.
(3)

In the brief space of two stanzas, readers are introduced to the paradigm of Kathleen Jesme’s poetry collection, Meridian. “It snowed for four days in the middle of January, during which my mother lay dying.” Jesme is not one to mince words or sidestep difficult emotions; instead she circles the subject of her mother’s death like a hawk over a barren field, landing only when words ring true.

Jesme chronicles her mother’s slow decline by juxtaposing blocks of prose with hauntingly beautiful poetics, leaving the reader to contemplate the writer’s impending loss in the void in between. The use of white space and variations in form, as well as metaphors of winter and earthly excavation, only further emphasize the irrevocable nature of the grieving process and death itself:

We called the funeral home in our home town to send someone
to pick up the body. The body—already not my mother. She
didn’t speak French any more. She didn’t play the piano any
more. She was already not. It felt sudden.
(25)

Meridian challenges the notion of life and death as a strictly linear narrative. Jesme is at once in the present moment, then traveling back in her memory to find a semblance of the mother she once knew:

I played her piano, badly, old tunes by ear—and my mother, in the
other room, without opening her eyes, lifted her arms and began to
conduct the music, her habit as the church choir director. My sister
watched her while I played so she could remember.
(18)

Perhaps a book of this nature might appear too private, too emotional for readers to find their way into the depths of another’s grief, yet Jesme writes as someone trudging through the harshness of winter—with purpose and an eye for beauty, despite the circumstance.

Meridian is divided into six sections, but reads as an exegesis on a child’s grief, a deliberate chronicling of devotion and detachment, holding on and letting go. Jesme’s words crisscross the pages as tracks in freshly fallen snow; each word carefully chosen, each form an opportunity to cradle the final moments of earthly existence, offering readers the choice of walking with her, or wandering off into the hush of wintry woods to deliberate on their own truth:

And what is the purpose of the wind
if not to keep the trees
clean. I’ve bent down time
and time again
to examine what falls.
(37)

Ernest Hemingway once said, “Every man’s life ends the same way. It is only the details of how he lived and how he died that distinguish one man from another.” Meridian is a candid account of a mother’s death and a daughter’s journey, one which leaves the reader to ponder their own mortality, and that of those they love.