Literature and Punk: A Noisy Relationship, by Justin Christensen 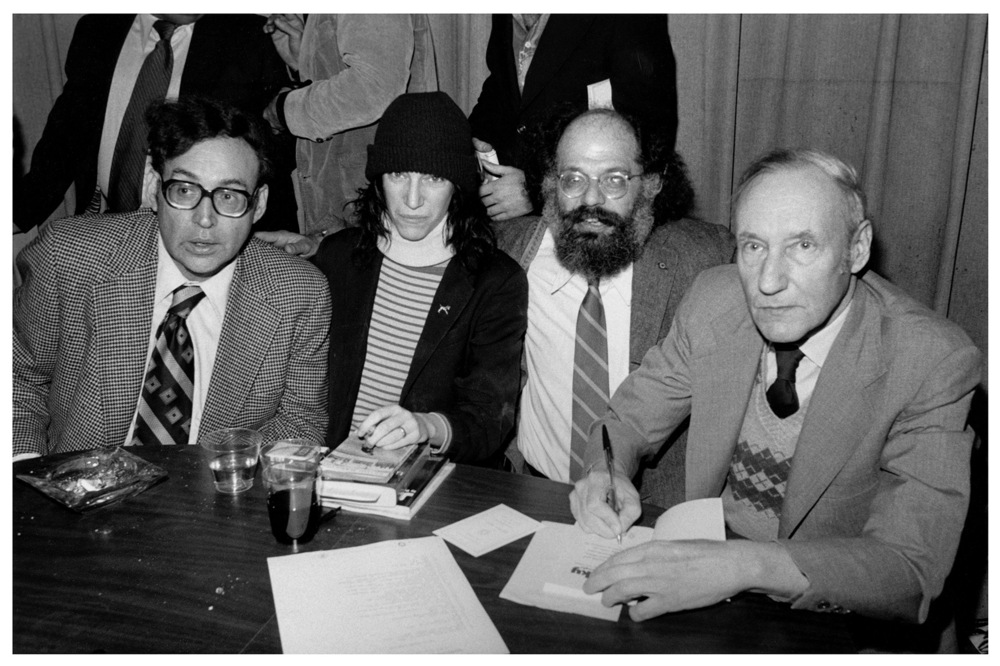 Literature and punk music, at first glance, seem to be two mediums that are completely unrelated. Look a little closer and I think you’ll find that the two actually have a lot in common.

Consider some of these incidents: In 1843, Fyodor Dostoyevsky was arrested because his works supposedly criticized Russian religion and politics. Emperor Nicolas I feared a revolution partly because of Dostoyevsky’s writing. In 1968, Detroit-based proto-punk band MC5 was arrested in Michigan for disturbing the peace and disorderly conduct after their concert got out of hand. MC5 was strongly influenced by Marxism and the writing of the Beat poets. In 2012, two members of the Russian punk band Pussy Riot were arrested on charges of “hooliganism” and sentenced to two years in prison. Russian President Vladimir Putin saw their arrest as fair and deserved. All over the world, authors and punk musicians have been arrested or censored because of what their work has to say.

Hopefully, after considering these incidents, you’ll see the similarities these two mediums share. Literature and punk have often been used as a way for marginalized or disillusioned voices to be heard. Both mediums have thrust into the spotlight things that people have been unhappy about, and both mediums have given identities to people that aren’t in power; people that aren’t a part of the majority.

This is important to note for two reasons:

To celebrate this relationship between punk and literature, here is a list of five punk songs inspired by novels or authors.

Disclaimer: Some of the bands and artists listed may not be considered pure punk, but, in their own way, they all have dabbled at some point or another in the genre, if not musically, then stylistically.

David Bowie “1984” — From his album Diamond Dogs. This song by the late David Bowie was inspired by, you guessed it, George Orwell’s 1984.

You’ve read it in the tea leaves, and the tracks are on TV
Beware the savage jaw
of 1984 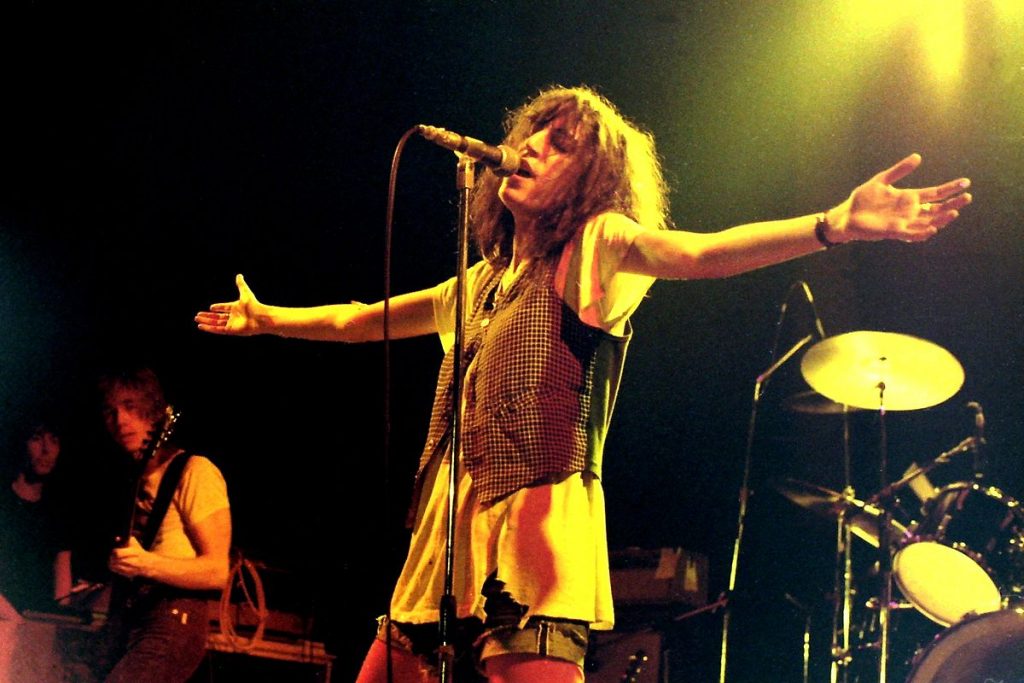 Patti Smith “Land” — Often called “The Godmother of Punk,” Patti Smith is also a poet and a visual artist. She based the 9-minute song “Land” off William S. Burroughs’ novel, The Wild Boys.

Dead Kennedys “California Über Alles” — The late 70s political punk band Dead Kennedys were also inspired by George Orwell’s 1984, and used the novel’s setting as a framework for this song. 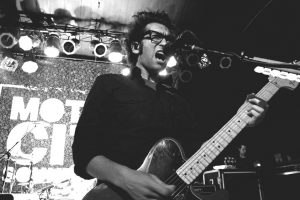 Whoa whoa, are you listening to anything I’ve said?
It’s hard to admit, my weakness can consume me.
I search for the cure in the bottles of varied volumes, yeah

The Blood Brothers “The Salesman, Denver Max” — The Blood Brothers were more of a hardcore band then a punk band, but their experimentation and smart, often weird lyrics made it so they fit right in with other punk bands of the time. This song was inspired by Joyce Carol Oates’ short story, Where Are You Going, Where Have You Been?

Yeah, it tastes like metal in my mouth like rusty Listerine.
Yeah, my name is Denver Max please excuse the mask,
Yeah, running down my face, bound by tacks and paste.

If you have any favorite songs or albums inspired by literature, we’d be happy to hear about them in the Facebook comments. I think it’s a fantastic thing when two mediums that we know and love converge and create something new and fresh. 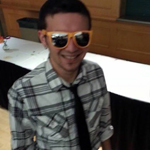 JUSTIN CHRISTENSEN is a 2016 graduate from Hamline University, where he studied Creative Writing and English. In his free time he likes to dabble in journalism, go to shows and explore the Twin Cities. Currently, he’s working on a new short story as well as several poems.