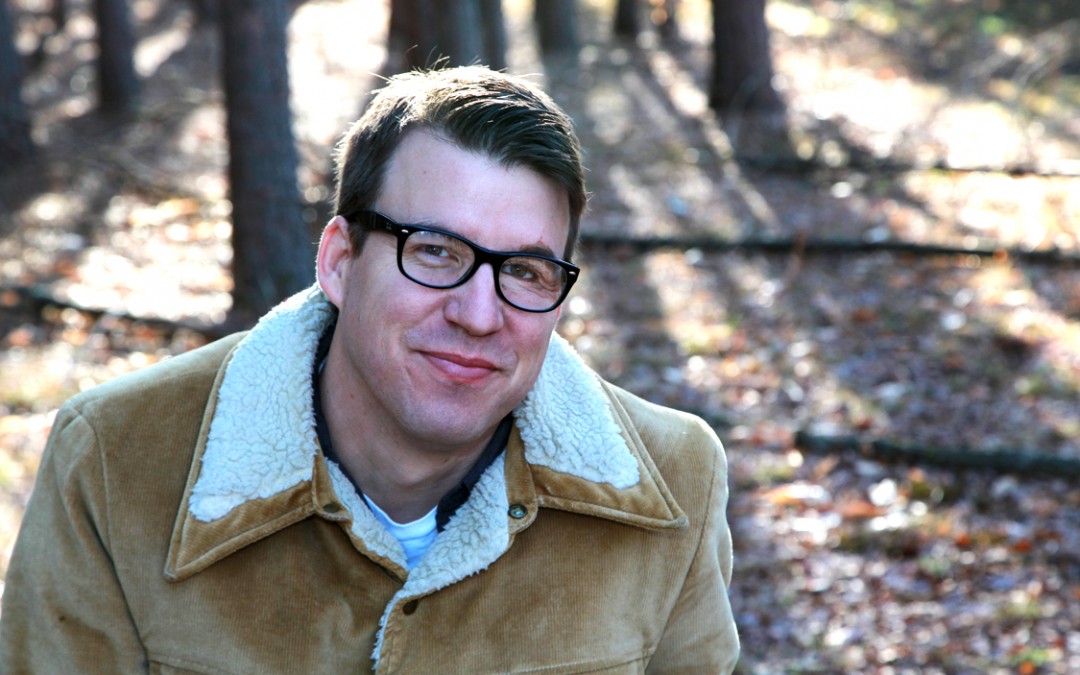 Last Spring, Kevin Moffett was one of the ACTC Visiting Writers here at Hamline University and Runestone was honored to have three members of our editorial board conduct his public interview in April.

We are all very proud of the great work Deziree Brown, Paul Patane, Sophia Myerly, and Mariela Lemus put in to bring this interview to life and grateful for Kevin Moffett’s time and thoughtful answers to our questions.

The interview is now available as a supplement to our first volume and you can read it here!

Kevin Moffett is the author of two story collections, Permanent Visitors, which won the John Simmons Short Fiction Award, and Further Interpretations of Real-Life Events. He has received the National Magazine Award, the Nelson Algren Award, the Pushcart Prize, and a literature fellowship from the National Endowment of the Arts.

The Silent History, a collaborative multi-part narrative he’s written with Matt Derby and Eli Horowitz, was released as an app for mobile devices in 2012, and in book form from FSG in 2014.

He is a frequent contributor to McSweeney’s and his stories and essays have appeared in Tin House, the Harvard Review, American Short Fiction, the Chicago Tribune, the Believer, A Public Space, and in three editions of The Best American Short Stories (2006, 2009, and 2010).

Learn more about Kevin at www.kevinmoffett.org.