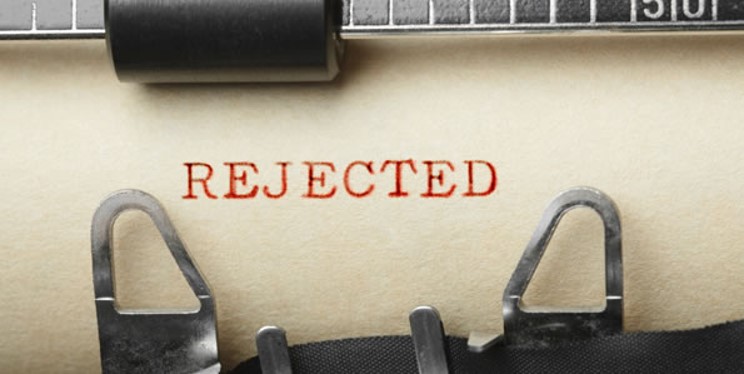 You’ve finally done it. Early mornings and sleepless nights spent staring at a computer screen. You’ve pined, labored, edited, and re-edited every phrase, every comma, until at last you are satisfied there is nothing left to be done. You click “submit” and your masterpiece is released into the ethers. Surely literary greatness or at the very least publication is in your imminent future. Excitedly, weeks or months later, you open your inbox or mailbox (to a chorus of celestial angels) and discover? Yes, my friends, the Dear John letter.

Welcome to the world of literary rejections! Just when you believed writing, editing, and submitting your work was the biggest hurdle, enter Mr. Nasty, the unseen editor believed to be the nemesis to your success. The air is let out of your proverbial balloon and you find yourself swearing (literally or figuratively) that you will never, ever put yourself or that stellar piece of writing out there again.

If you are wondering where the idea for this blog came from, it was my recent experience of being accepted and rejected all in the same week. For those of you who were around in the 1970’s when the opening montage for The Wide World of Sports showed in one frame, a triumphant medal winner, the next, a downhill skier tumbling head over skis with the voiceover, “The agony of defeat.” Yes, it was that kind of week.

Ok, calm down. Rejection is as old as the hills and everyone has experienced it at one point or another. Think elementary school playground, or high school. Then again, maybe not. The literary and creative world guarantees no success but weighs heavily in favor of the artist who, despite repeated rejections, climbs back into the ring, despite the risk of a black eye or humiliation. Rocky Balboa has nothing on E. E. Cummings, Madeleine L’Engle, James Joyce, or the author of Harry Potter, J.K. Rowling, who was rejected 12 times and told “not to quit her day job,”

But this is YOU and YOUR work. Good point. Perhaps it would be more helpful to learn how other writers respond when rejection letters threaten their confidence.

So it would be a cop out if I didn’t share my own thoughts on rejection. I would be lying if I said rejections don’t bother me, yet the more I submit and get used to the odds of rolling the literary dice, the less daunted I become at the likelihood of rejection.

I keep a folder in the front of my file cabinet with “successes” and a lovely, floral folder placed in the back with the “sorry but your work isn’t a good fit for our journal.” Perhaps the editors are doing me a favor, believing more revisions are needed before my work meets the light of a day. They become a friend, not foe, and move me closer to my goal: publication.

In order for the third (or thirtieth) submission to be a charm, you have to have done it two (or 29) times before. So write, submit, write, submit. And in the meantime, do something creative with those rejection slips, like wallpapering your bathroom. It will serve as a reminder of just how far you’ve come.

DJ HILL is a poet, freelance writer, and photographer. Her work has appeared in The Atrium, Century Times, Fulcrum, Red Flag Poetry, and The View from Here: Poetry to Help You Soar, as well as Maple Grove, Southwest Metro, St. Croix Valley, and White Bear Lake Magazines.