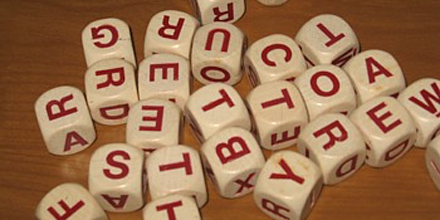 Today, we are talking with Michael Ribbens, author of the short story, “Save Dave,” which we had the honor of publishing in volume one.

First question: How do you make time to write as a college student?
It’s hard to make time to write, especially as an upperclassman: responsibilities tend to pile up as classes get harder and the working world looms. That’s why I enjoy writing classes so much. When what I want to do aligns with what I have to do, time is well-spent.

Tell us three books you love.
Science fiction makes my life seem so insignificant, which is nice because it takes the pressure off:

Thief of Time, by Terry Pratchett has sneakily become my favorite Discworld novel, but whichever one I re-read next will probably take its place. The City and the Stars, by Arthur C. Clarke, enveloped me for a few days and his Rendezvous with Rama, dominated the next week.

What was the hardest part to get right in “Save Dave”?
“Save Dave” was a headache to write. I made the classic mistake of becoming infatuated with a premise without regard for a satisfying ending. I think you can see the search for an ending in the story itself. Do you think the ending is a cop-out? You could make that argument. Hopefully the ride is fun enough that you’re not too mad at me.

Suppose the piece you published in Runestone has a soundtrack, much like the Book Notes at Large-Hearted Boy. What song(s) would it be, and why?
The Dark Knight has a great soundtrack for anyone losing their mind.

What are you up to these days?
I’m somersaulting ass-first into adulthood like many liberal arts graduates: jobless and delusional. It seems just as likely I end up working at the Tonight Show as Jimmy Johns. Maybe both. At this exact moment [editor’s note: this exact moment being a few weeks ago] I’m procrastinating working on a script for a film about ArtPrize in Grand Rapids, tonight I’m doing an on-campus Improv show, and later I’m going to play Boggle with my housemates and try to find dirty words in the tiles.

Thank you for taking the time to answer our questions, Michael. We hope Boggle and the Improv both went well for you! 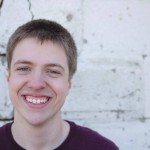 Michael Ribbens is a recent graduate of Calvin College, where he studied digital film-making and writing. He won Calvin’s talent show as freshman by doing standup comedy and has since performed comedy in a number of events as a comedian and a member of Calvin Improv. He served on the news satires, Calvin College News and the Calvin Chives.