A Case for Fanfiction, By Kaitlin Hatman

Fanfiction has a certain stigma in the literary community as being Less Than original works, written by tweens with Mary Sue’s and self inserts, or just riddled with typos and clichés, but it fulfills two very specific purposes in the lives of young writers and consumers.

1. Fanfiction is a safe place for young writers to practice writing

Putting your work online for a new or young writer is a dangerous game. You risk ridicule and even harassment in some cases.  But in exchange for the safety of anonymity, there is no better place to test drive your writing than in online communities. Unfortunately, a lot of them can be… well, snobby. Especially if you’re a young writer, especially if you don’t know “the rules” yet, and especially if you’re writing original fiction or, God forbid, poetry.

Fanfiction communities offer a special kind of respite for young and new writers where anything goes.

It also gives young writers the unique ability to play around in a sandbox they didn’t have to build themselves. It teaches consistency, forces writers to think about the development of a character’s arc in its source material as they write about that character, as well as the rules of the world that character lives in.

2. Fanfiction gives young readers representation they are not getting in source materials

When I think about what draws people to fanfiction, what’s drawn me to fanfiction in the past, it’s almost always because I want to see something on the page (or on the screen as the case may be) that I was not given in the source material.

At its very root, this desire is expressed in the self-insert cliché; fanfiction authors who insert themselves into their favorite fictions to try and bring themselves closer to the story. But this concept is mirrored in slash fiction. Queer and trans youth almost never get to see themselves represented in mass media without either being a villain, killed, tortured, or otherwise emotionally or physically abused. So what do they do? Turn to fanfiction, where queer representation is bountiful and presented in every different genre you could possibly imagine, and where trans representation is on the rise.

Sure, there is occasionally a trope ridden heteronormative fic here and there written by some straight white girl who is getting off on “the gays,” but more and more these types of fanfictions are disappearing as queer communities in fandom become more prominent and vocal about harmful tropes.

At the end of the day, fanfiction, just like any other genre of fiction, is a mixed bag. Often, the fanfictions that make it big in the world at large (I’m looking at you, Fifty Shades of Grey) are the worst representations of what fanfiction has to offer because fanfiction, at its core, is about filling the holes left behind in mass media’s idea of representation.

Instead, here is some suggested reading for those who still feel critical of fanfiction better understand its many merits: 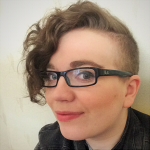 KAITLIN HATMAN is an extraterrestrial living in secret on planet earth. She is a poet and fiction writer, occasional artist, and smalltime podcaster who loves dogs and D&D. Once, she met Hulk Hogan at a Perkins.