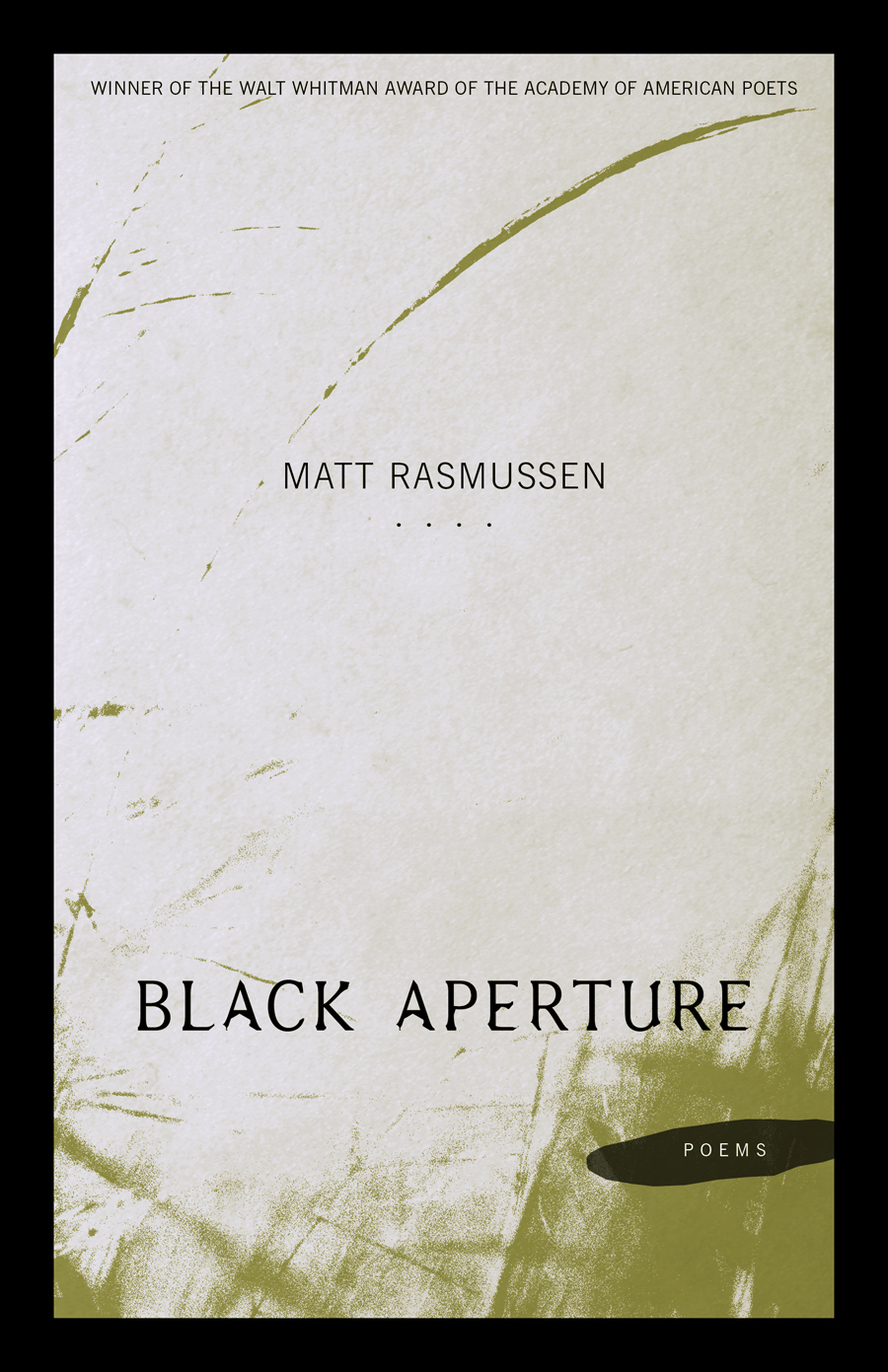 Black Aperture begins with a bullet, opening a hole for the reader to step through into a moment, an event, and all the repercussions of such a decision. Matt Rasmussen writes with starkly honest grief. He does not shy away from the intimate details of what his brother’s suicide has wrought, but weaves humor through a tragedy so large it seems uncontainable, and in doing so makes it possible for both the speaker and the reader to grasp, with some clarity, the full scope of emotions surrounding the event.

Matt Rasmussen is a winner of the 2014 Pushcart Prize with work published in a number of literary magazines. Black Aperture is his first book of poems; in addition to winning the 2012 Walt Whitman Award it was a finalist for the 2013 National Book Award. From the first line to the last it is evident how much care Rasmussen has put into composing each piece for this collection. This is reinforced by the deliberate order of both the poems and sections contained within the book.

The first section touches on mythology and uses dream-like fantasy to explore an unpleasant reality in a gentle way. Rasmussen uses almost exclusively couplets for each poem and by doing so is able to control both the pace and emotional distance of each piece. Only two poems diverge from this pattern: “The Orange Leaves” and “The Moon,” both heavily personifying the natural world such as trees and clouds.

Rasmussen weaves strong imagery throughout the book by describing bullets, man-made things, as if they are a part of the world, something grown and natural, such as in the poem “Seed:”

In the white bowl
the metal seed slid back

and forth in the blood,
making a red asterisk.

I planted
the mushroomed bullet.

This consistent dichotomy emphasizes the stark contrast between natural and unnatural, making tangible the shock and grief surrounding his sibling’s inexplicable decision while simultaneously giving the speaker and the reader a way to process this whole event and the emotions roused from it.

The second section focuses more acutely on the emotional agonies following in the wake of this tragedy. Each poem is titled “X” in a series of elegies. Tension is sustained through each piece as it refers back to earlier images, such as the following line, referring to the first poem titled “After Suicide.”

Do not open
the tiny door

in the back
of your head

This section explores the reveal of the brother’s suicide in more detail, and with more frankness than found in the first section where everything feels more dreamlike. The emotional suspension in “Elegy in X Parts” is perhaps best displayed in the image contained within these ten concise lines:

A glass jar
rolls down

a dangerous
music whose

next note
could pull

This idea of fragility, reminiscent of the fleeting quality of life and how swiftly something unexpected can shatter an individual’s perception of the world, lingers like that unheard note.

Section three uses humor to combat grief, such as in the poems “Outgoing,” or “Land O’ Lakes,” a poem about food and condiments in the fridge that ends with the image of a “television weeping / openly, unashamed,” allowing the speaker an appropriate amount of emotional distance to express the depths of his grief. Rasmussen continues with the natural theme to the end of the book and layers soft music through his poems with subtle alliteration.

All in all, Black Aperture is an intimate and delicate exploration of a too-painful topic, one that Rasmussen navigates gracefully via strict forms, sharp dichotomies, and a prevalent theme of the natural world. While the speaker’s questions may never be answered, the reader still comes to the end of this moving book with a sense of closure. One gets the sense of hanging suspended in the air like a windblown leaf through much of this text, neither falling nor flying, something perfectly apt for a subject this heavy. 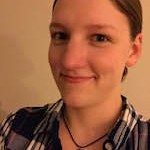 SANDRA YOUNGS is a recent graduate of Hamline University, where she earned a BFA in Creative Writing. She also holds an AFA in Creative Writing from Normandale Community College and works as an associate editor for Poetry City, USA. She lives in Chanhassen, Minnesota, enjoys eating ice cream in cold weather, and can’t stop writing about trees.