4 Spooky Storytelling Podcasts to Get into the Halloween Spirit 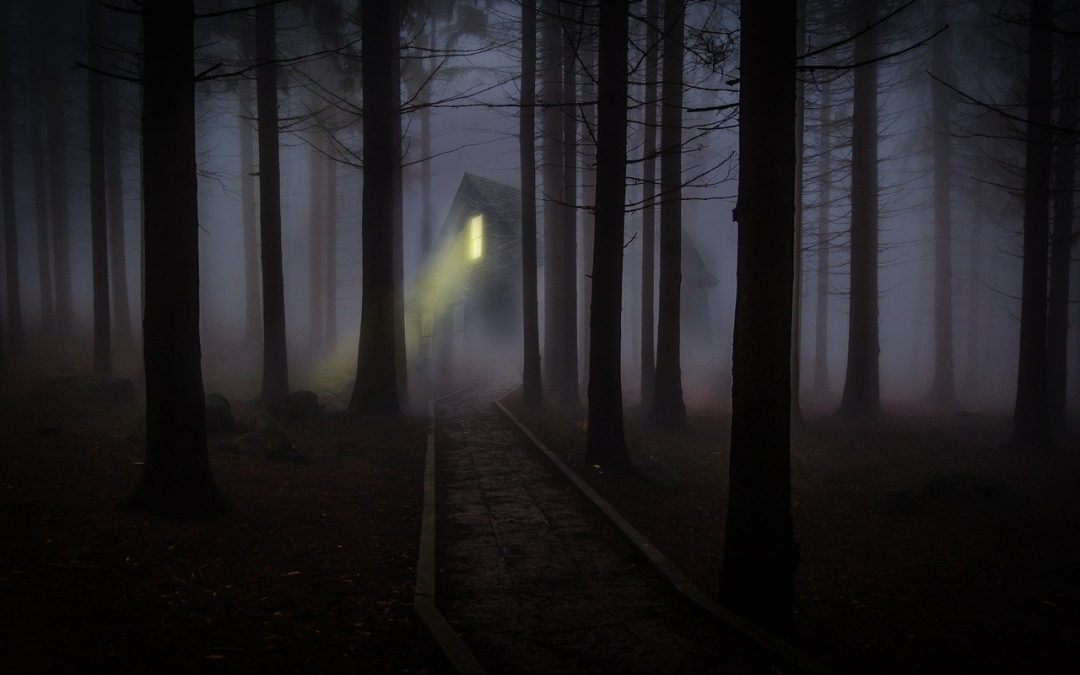 Podcasts have become an extremely popular source of entertainment over the last few years, and they don’t seem to be going anywhere anytime soon. Busy writers rejoice! Podcasts, like audio books, are an excellent way to hear the words of writers all over the world while working, exercising, or just during your daily commute. Plus, many podcasts are produced by independent artists, meaning just listening and dropping a review can be a big deal for these content creators.

To get into the spirit (pun intended) of the Halloween season, here is a list of four of the spookiest, creepiest, spine-chilling-est podcasts produced in a storytelling format.

Written, recorded, and produced by the one and only Aaron Mahnke, Lore is a twice-monthly podcast featuring historical stories with a dark twist. From lake monsters, to UFOs, to specters and the Spiritualism movement, if it’s creepy, chances are Lore has featured it. With a backlog of over 150 episodes, there’s more than enough content to get you through October. Each episode clocks in at about 30 minutes on average, and features Aaron’s soothing voice along with a pleasantly spooky soundtrack.

If you’ve already listened and you’re hungry for more, Lore is also a book series, as well as a TV series with two seasons on Amazon Prime. In addition, Aaron Mahnke’s audio production company Grim & Mild has a host of other podcasts made in the same vein as Lore, such as American Shadows, Noble Blood, and the bite-sized version of Lore, Aaron Mahnke’s Cabinet of Curiosities. Check out Lore and all the other Grim & Mild shows at the production company’s website.

This haunting podcast is especially exciting because it features stories from listeners of the podcast all over the world. Hosted by Glynn Washington, each episode of Spooked features one or two real-life tales about the supernatural, as well as the occasional creepy anecdote from silky-voiced host Glynn to set the tone. Spooked stands out in this list as the only podcast told by more than one voice, which guarantees that each episode will be a unique experience.

Featuring tales of demonic possession, haunted homes, and ghostly apparitions, it’s impossible to forget that all stories are purported to be 100% true. Backed by a track of spine-chilling original scores, Spooked is definitely a show you’ll want to listen to with the lights on! You can check out Spooked and all five of its seasons on the WNYC Studios website.

Graveyards, churches, and hospitals – oh my! Haunted Places takes us to all of the most (surprise) haunted places around the world through multiple modes of storytelling, including a rundown of the location’s history, as well as original third- and first-person tales, all told by host Greg Polcyn. Each episode delves deep down into the dark places that inhabit our world, accompanied by the ambient sounds of wind and owls hooting, as well as unique music in every installment.

There are over 170 episodes so far, with the show having started in 2017, and no indication that it will be stopping anytime soon. In addition, Haunted Places offers episodes of a bonus series, Urban Legends, released on Spotify for free every Thursday. With featured tales such as Bloody Mary, the Goatman, and Slenderman, this sister series is also a must-listen. Check out Haunted Places on the Parcast website.

The Catacombs of Paris

Unique to this list, Limetown is the only podcast told completely as a story. It’s a horror mockumentary brought to the radio, and the first season is spectacular (the jury’s still out on the second season; some people love it, others loathe it). Fictional journalist Lia Haddock reports on the city of Limetown, a small town in Tennessee where over 300 men, women, and children mysteriously disappeared practically overnight, never to be heard from again. Until now (cue spooky music).

Limetown is a binge-worthy series, with the first season containing 6 hour-long episodes as well as short mini updates which add to the feeling that this tale is real. The story is immersive, interesting, and brilliantly told, and will leave you hungering for more of the Limetown mystery after finishing each episode. Listen now at the Two-Up website.

All of them! Limetown is a story told consecutively, so make sure to start with Episode 1!

MADELEINE WICK is a senior at Hamline University, working on her BFA in creative writing. She’s an aspiring podcaster and writer, and unsurprisingly, likes to write about podcasts.